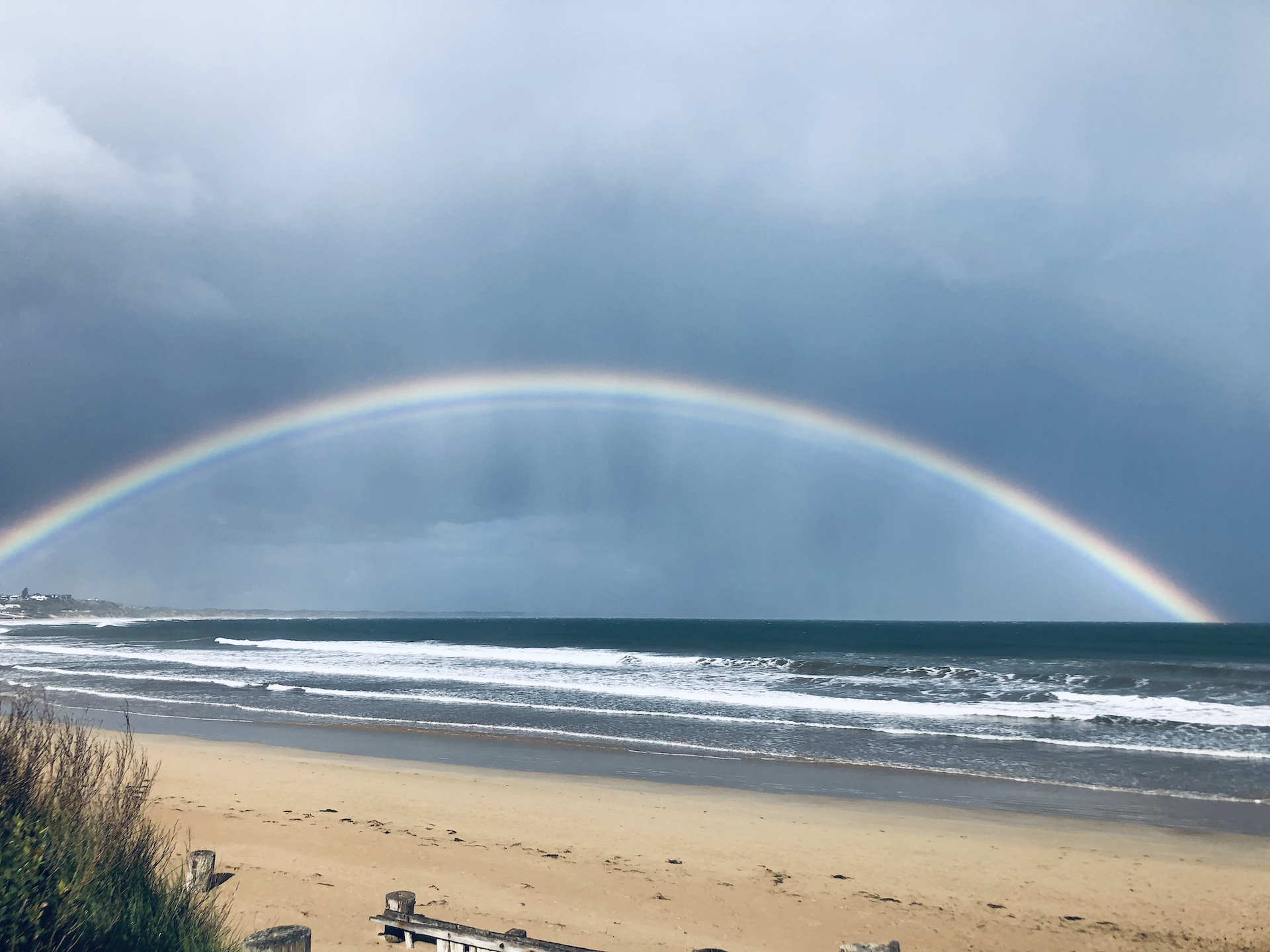 November is a shitty month down here in Victoria. It’s either great wind and no swell, or heaps of swell and nasty onshores.

Over the weekend I was yarning with a guy I see all the time. He said at this time of year it’s best to forget about winds and just focus on the swell. Lower your expectations, he said. And it was good advice. Especially as the next three days were light onshore and the waves had a bit of push.

In fact, Wednesday, having reset my froth scale, was super fun.

But Thursday, the proper offshore day I couldn’t help get excited about, everything turned to shit.

It was super clean, super warm, but weak as piss.

We surfed a spot that should have been on, but it just wasn’t. If the ocean was a person, you’d say they were rude.

Then my mate suggested we take a look at this super fickle spot on the edge of nowhere.

On the way, she talked it down. And so she should have, because it sucked. It was too small, too straight and closing out.

There was a tiny zone where you could sneak onto it, right at the end, and bang a turn before it dumped on a bed of kelp. Nice. The water looked like seal vomit and there was a definite sharky vibe. But we were there, still in our wetsuits from before, and despite the evidence remained optimistic that the swell would pick up and the place would turn on (this will be the subject of another lesson, I’d imagine).

Of course it didn’t turn on.

But what I learned is that it didn’t matter.

We paddled out and said hello to the two longboarders already out there. It was pretty slow and we spent an hour or two sharing waves, because the tiny take off zone didn’t allow us to spread out. We sat together. Even though, as every shortboarder knows, the logs could have sat further out.

A wave rolled in.

According to my recalibrated expectations, it was epic. Without thinking, I hooted at the longboarder who was in position. If we had been at a more crowded, cooler, serious surf spot, I might have been embarrassed and he’d have thought I was a kook. But it was just the four of us, and we’d been chatting, and instead it was the start of a miniature froth-fest.

We weren’t exactly hollering and fist pumping like it was Teahupoo. But we opened up and were genuinely stoked for someone getting a good one, even if it was only a good one on the not-so-good-really scale.

I can’t remember the last time I’ve had an entire session with only four in the water. Where I normally surf, you can start off solo and end the sesh with 20 guys in the line up. From what I’ve heard, that’s pretty much the new normal everywhere unless you happen to live somewhere fully remote.

But what this little foursome showed me is, even in crap waves, surfing can be fun – if there’s a positive vibe in the water, and you’re willing to talk and happy to share. And yes, we shared heaps. To be honest, I wish I’d had a notepad with me because one of the old fellas was spewing life lessons like a yogi showering the universe with spiritual confetti.

So yeah, this week surfing taught me that a good bonding experience in dirty pigswill, more than likely killer fish infested water, with junk waves and a tiny take off zone can be enough to make your soul sing, heart jump, genitals jig, etc. provided you’re out there with a good crew.

Surfing lesson #707: Sometimes it’s better to surf crap waves with friendly strangers, than to (try) shred in a crowd