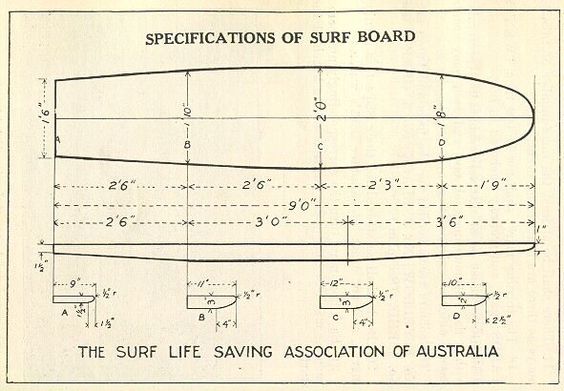 Shapers are like drug dealers. If you can’t trust them, you’re kind of screwed. But is this a universally held opinion?

So my neighbour just got into shaping.

He now measures everything with the giddy enthusiasm of a tele-evangelist at an Atheist’s Convention.

And he made a discovery:

His performance shortboard, purchased for around $1000 Aussie dollars, manufactured by a major Australian brand, is a 1/2 inch out on one side (measured at the centre) and a 1/4 inch out at the tail.

Should he be outraged? Will it affect his surfing? Is he destined for a breakdown?

Personally, I thought the obvious answer is yes to all three. But others seem to have other ideas.

Let’s start with the very popular local surf shop from which he bought the misaligned sled. He contacted them via social media, told them of his discovery, and asked for their opinion.

Check out a screenshot of their response (below).

To which my neighbour replied. Testily, you might say.

The upshot of this repartee is he’s taking the board to the surf shop so they can measure up themselves. They don’t seem to know what the major brand will do about it, if anything. It could be a new board or merely a shrug of the shoulders with not so much as a free block of wax. Who can say.

What do surfers think?

So I ran the story past a few mates and the plumber who’s doing our reno who shreds in his spare time.

The general consensus was: That’s fucked.

There was also quite a bit of, You can’t trust big brands. They’re pumping out that many boards they probably don’t give a shit. Pop outs are bad, etc.

All crew are keen to know if he gets a new board out of it.

There’s another dimension to the story I should mention.

My neighbour, whose (highly successful) business is something to do with pain management, reckons every time he’s surfed the misaligned board he’s got a pain in his shoulder. He suspects it may be because he’s “trying to stabilise the extra buoyancy when paddling”. But he admits it’s only a hunch and it could be a coincidence.

Sounds legit to me, apropros of nothing.

What do shapers think?

I was going to get opinions from a bunch of real-life local shapers here in Victoria, but given I actually have a job and barely enough time to surf as it is, I turned to social media instead.

Actually, it was my neighbour turned to social media. Specifically, the Facebook Group – Backyard Surfboard Shapers.

Their response to the story varied from: It’s common… Blame it on the CNC machine… CNC is only as good as the guy operating it… It must be a wonky stringer (note: it’s definitely not a wonky stringer)… This stuff is so common it’s not even funny… plus a bunch of eminently sensible observations about allowable tolerances in the manufacturing process, which I couldn’t be bothered to read properly.

What do I think?

For the record, I think it sucks balls to have a board that’s so far out.

The fix is simple. A professionally implemented quality assurance process would pick up significant misalignments and ensure surfers get a board that lives up to the marketing hype.

But on the other hand, the idea of boards getting churned out of a factory at a scale that’s purely about profit, with no real connection to the surfer-customer, feels depressing, like wearing a suit to work.

For me, the only silver lining would be that the big brand puts its hands up, apologises, and refunds or exchanges the board.

If they don’t, then it’s a big shot in the arm for going to your local shaper. Not that local shapers are immune from errors. But at least they’ll fix them. Unless they’re arseholes. Which you’d know because you actually met them before they shaped your board.

What do you think?

Do we need to measure our surfboards before we buy? Has anyone taken a ruler to their local surf shop? Are you happy to pay top dollar for a board that is asymmetrical (but not sold as an asym)? Is there a board you surf that gives you shoulder pain and you don’t know why?

If you care about this story, let me know in the comments and I’ll follow up after he’s taken the board in to the popular local surf shop…